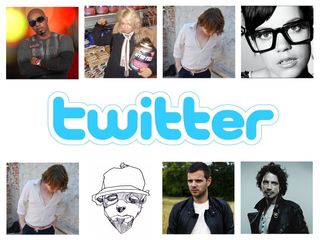 Who you gonna call?

Rapper 50 Cent has a Twitter account - @50cent. He uses it to keep in touch with his 206,814 (and counting) faithful followers. Great. Except 50 Cent "doesn't actually use Twitter," says the director of Fiddy's rap empire Chris Romero.

Romero knows this because Romero does the Twittering on his behalf.

Romero takes words, thoughtful quotes and killer one-liners from existing 50 Cent interviews and Tweets them. So while it's not Fiddy typing, "the energy of it is all him."

Ghost in the machine

Ghost Twittering isn't a new phenomenon - it's not as if we really believe P Diddy actually logs in every single morning to Tweet something along the lines of "DON'T STOP GET IT GET IT!!!!! : )." Or do we? Baring in mind @iamdiddy might not even be P Diddy.

At least @britneyspears' feed is honest, signing each Tweet with its rightful owner: Adam Leber (manager), someone called Lauren, someone called Larry Rudolph or, of course, Brit. Well, it's kind of honest. It's pretty hard to imagine the Queen Of Pop taking a photo of herself at a bowling alley before uploading it to Twitpic.

So what's the best policy? The whole premise of Twitter for a celebrity is to provide another way for fans to communicate with (or at the very least just listen to) their idols. A real 50 Cent die-hard would subscribe to a feed whether it was run by a marketing executive, manager or 50 Cent himself. So there's no need for the pretence in the first place.

While the trials and tribulations of @chriscornell, @trent_reznor and perennial Twit @johncmayer clog up @musicradar's Twitter feed on a daily basis, at least they're real… or are they?