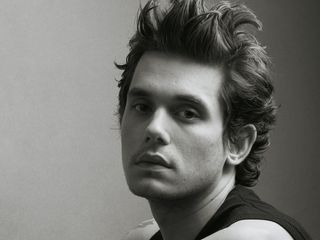 John Mayer: He says what he means to say

We at MusicRadar admit it, we're hooked on Twitter. We love to Twit, Tweet - anytime we see that cute little bird, our hearts go Twitter-Twatter. Apparently John Mayer feels the same way.

It's amazing the things you can learn about big stars by following their random Twits. Among the subjects on Mayer's mind are fellow stars and, uh, bowel movements.

(By the way, by 'VF,' Mayer is referring to last week's annual Vanity Fair Oscar bash. He gets invited to all the swanky bashes.)

But it's this recent post that gets right to the heart of what is truly on the mind of John Mayer:

"Coming up on 50,000 followers...Thinking I should put a little more effort into this...Ah, hell with it. Hey everyone, I just pooped!!!"

Perhaps that's a little too up-close-and-personal for some people.