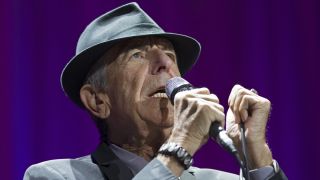 Leonard Cohen, the acclaimed and influential singer, songwriter and poet, has died at the age of 82, it's been announced.

A message on his official Facebook page reads: "It is with profound sorrow we report that legendary poet, songwriter and artist, Leonard Cohen has passed away. We have lost one of music's most revered and prolific visionaries.

"A memorial will take place in Los Angeles at a later date. The family requests privacy during their time of grief."

Born in Canada in 1934, Cohen began his career as a poet, but struggled to make a living and moved to the US in the '60s with the aim of forging a career as a singer-songwriter. His recording career spanned six decades, beginning with Songs Of Leonard Cohen in 1967 and ending with You Want It Darker, which was released just a few weeks ago.

Known for his unique voice and as a talented lyricist, his most famous song was Hallelujah, which has been covered numerous times.

Musicians have been quick to pay tribute to Cohen on social media; here's a selection of their comments.

Win Butler: "Next year can only be better. Seeing Leonard Cohen walking on St Laurent Street when I was 21 was enough to make me feel like I had a home."

John Cale: "Very upsetting news to learn of Leonard's passing. The world has one less gentle soul tonight. We thank u for the multitude of gifts you left us. JC"

Joe Bonamassa: "RIP Leonard Cohen. Genius and poet that will never be equaled or replaced."

Nils Lofgren: "#RIPLeonardCohen Another brilliant, soulful musician, lost to this planet. Who can blame him. Freedom"

Tom Morello: "RIP Leonard Cohen. One of the greatest, deepest and wisest to ever bless us with his songs."

Justin Timberlake: "#RIPLeonardCohen A spirit and soul beyond compare."