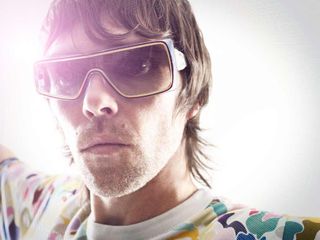 Ian Brown is concentrating on his solo career

Ian Brown's publicist has denied reports that The Stone Roses are to reunite.

Tabloid reports of 17 March speculated that the Manchester band were on the verge of reuniting for 21 gigs this summer. 2009 marks the 20th anniversary of the band's self-titled debut album.

Brown's publicist has now denied that the singer has agreed to any reunion, telling the Daily Mail newspaper that Brown is concentrating on his next solo album.

"We know nothing about a reunion," the publicist said. "Ian is working on his new studio album which is due out later this year."

The Stone Roses' guitarist John Squire is now a sought-after artist and has said on many occasions he has no intention of returning to music. That said, in an interview with the BBC's The Culture Show in 2008 Squire did admit: "I went to that Led Zeppelin reunion show and on the way back in the car I was thinking it would be good to do something like that one day."

But for now, a 'Third Coming' will have to wait.