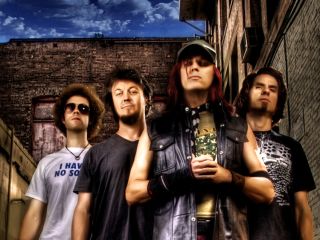 Chris Pitman, one of the keyboard players in Guns N' Roses, has a new side project he calls SexTapes.

SexTapes comprises Pitman on vocals and guitar synth, plus Marko Fox on bass, Ryan Brown on drums and Kelly Wheeler on guitar.

The band has been working on their album for the past two years - presumably on downtime from finishing Chinese Democracy - and describe themselves as a cross between Jane's Addiction, Led Zeppelin and Queen.

Pitman - along with Axl Rose and Dizzy Reed - was one of the three keyboard players on Chinese Democracy. Pitman album co-wrote Chinese Democracy's song If The World, which also featured in the movie Body of Lies.

You can hear Pitman's album at SexTape's MySpace page.