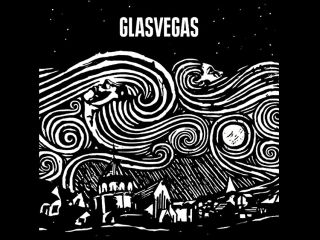 Glasvegas: the album of 2008 for many music fans

The debut album by Scottish rockers Glasvegas has beaten efforts by the likes of The Last Shadow Puppets, Foals and The Ting Tings to win UK alternative radio station Xfm's New Music Award.

Leckie, whose production credits include The Stone Roses and Radiohead, had this to say about Glasvegas: "It's a first class debut album in that it is memorable, passionate and well formed. Every track is a winner, leaves you wanting more and wondering what will come next... I wish I'd produced it."

Meanwhile, Snow Patrol mainman Lightbody praised Glasvegas songwriter James Allan's lyrics: "Dark as fuck but full of great lines. 'I will be the angel on your shoulder, my name is Geraldine I'm you're social worker', good line but made great by his phrasing."

Here's another chance to see MusicRadar's interview with Glasvegas frontman James Allan from December 2008, in which he talks about songwriting, football, rock'n' roll and A Snowflake Fell (And It Felt Like A Kiss), the Glasvegas Christmas record.