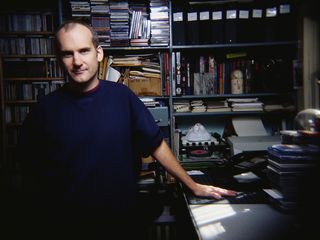 Fugazi have announced plans to unveil a digital archive of their entire live recording catalogue. The revered Wasington, DC band will make an official announcement later in 2010 through its longstanding record label Dischord when the project is complete.

According to guitarist Guy Picciotto, who spoke to the fan site The World Of Fugazi (now, that's a snazzy name!), the band has been working doggedly these past months on digitizing their complete live archive. "We are not that far away from being able to set up our own website where ultimately almost every show we ever played will be available for download," he said.

The infrastructure for this new website is currently being developed and the band continues to sift through and convert the footage from its extensive live archive. There will be an official announcement on Dischord.com later in the year with more details when things get closer to completion, but the plan is roll out the first batch of shows by late 2010 or early 2011.

Fugazi, who have been on hiatus since 2002, also featured singer-guitarist and Dischord founder Ian MacKaye, bassist Joe Lally and drummer Brendan Canty. For years, the band prided themselves on never charging more than $5 for their all-ages shows, which meant they played everywhere from Elks lodges to bowling alleys (God love 'em!). Their last studio album, The Argument, was released in 2001.