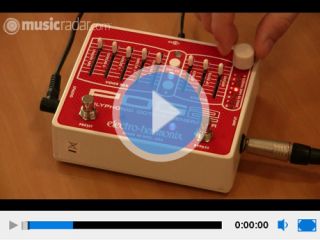 The EHX POG 2 packs more features into a smaller box

2005's Electro-Harmonix POG was a revolutionary octave pedal that found favour with players across the globe, not least a certain Mr Jack White. 2009 sees POG: The Sequel in the shape of the new POG2 stompbox.

Taking all of the cool features of the original POG and cramming them into a smaller housing, the effects gurus at EHX have also taken the opportunity to enhance the algorithm and add a second sub-octave, an attack control and eight user presets amongst other upgrades.

For a detailed rundown of the new features, visit the official Electro-Harmonix website.

To hear the POG2 in action right now, check out our hands-on video...