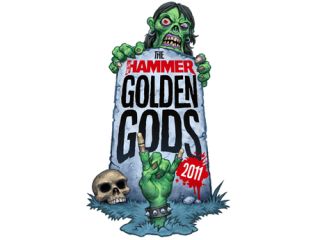 Metal Hammer's Golden Gods Awards are once again being held at London's Indig02 on Monday 13 June and will see metal icons and fans come together for the most raucous awards show in the world. This year we've got a pair of tickets to giveaway…

With Alice Cooper hosting and Twisted Sister, Skindred, Buckcherry, Devin Townsend and Sylosis providing the live entertainment, it's a night not to be missed for fans of the genre.

You can still help decide who wins, too. Rob Zombie and Skindred have both bagged double nominations, while the Best UK Band category sees a contest between legends Iron Maiden and contenders to the throne Bullet For My Valentine - check out the full list of Golden God 2011 categories and nominees and cast your votes here.

To be in with a chance of winning two tickets to the Golden Gods 2011, just answer the following question...

Which classic Alice Cooper album sported an LP cover that transformed into a school desk?