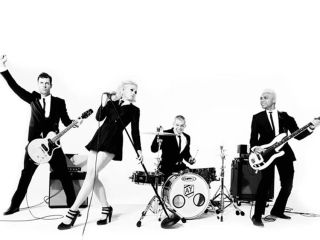 The freshly-reunited No Doubt are about to embark on a very large North American tour. To raise awareness of this (or, to flog lots of tickets) the band are giving away their entire back-catalogue as a free download with every 'top-tier' ticket sold.

To put this into perspective, that's seven studio albums including The Singles and Everything In Time b-sides collections, the five studio LPs which preceded them (No Doubt, The Beacon Street Collection, Tragic Kingdom, Return To Saturn and Rock Steady) and a bonus cover of Adam And The Ants' Stand And Deliver.

Cynics will probably say that the fans willing to fork out for a top-tier ticket are likely to already own the back-catalogue. But it's a pretty good incentive, all the same.

We'll add it to the recent pile of artists who would do just about anything to sell albums, tickets or, er… themselves. Hello, Josh Freese…