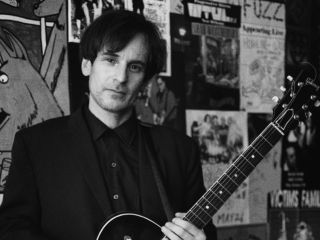 Alex Chilton: he had a No. 1 record and a '#1 Record' (Image credit: © Christopher Felver/Corbis)

Alex Chilton, singer and guitarist with the bands The Box Tops and Big Star, has died at the age of 59.

Chilton reportedly suffered a heart attack in New Orleans yesterday, just days before Big Star were due to play the South By Southwest music conference in Austin, Texas on Saturday.

Longtime friend John Fry told the Commercial Appeal newspaper, "I'm crushed. We're all just crushed. This sudden death experience is never something that you're prepared for. And yet it occurs."

Born in Memphis in 1950, Chilton began his musical career while still in his teens as a member of The Box Tops. The band scored a No. 1 hit with the song The Letter, on which Chilton sang lead, in 1967.

But it was with his next band, Big Star, formed in 1970, that Chilton would become one of the most influential musicians of his generation. Blending power pop with the melodic sensibilities of The Beatles and The Beach Boys, Big Star were critically acclaimed but failed to win the hearts of the public.

Although Chilton quit performing for a time and spent part of the '80s working odd jobs, his influence was cited by bands such as REM and The Replacements - the latter group even named a song after him that was featured on their album Pleased To Meet Me.

During the late '80s, Chilton returned to performing as a solo artist, and in the '90s he put together a new version of Big Star that included original member Jody Stephens plus Jon Auer and Ken Stringfellow of The Posies.

Chilton is survived by his wife, Laura, and his son, Timothy.