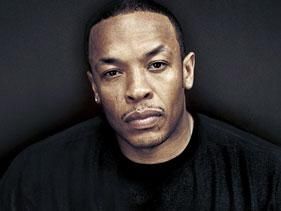 You may have just heard about Dr Dre's new $350 headphones, but now it appears he has been putting them to good use, with a new solo album planned to be released this year.

The long-awaited record, titled Detox, will only be his third, as the drum machine maestro has been concentrating on running his Aftermath/Introscope label (on which Detox will be released) and producing other artists.

Dre told USA Today that he was "shooting for a November or December release". But with nine years since his last record, 1999's 2001, fans will be disappointed if they're hoping Dre is going to be releasing albums more regularly in the future.

"I'm going to put this record out, promote it, tour and then become a hermit. I'm going to stay in the studio and produce."

But the man who brought us Eminem and Snoop Dogg won't be producing any established acts, with his aim to create a genre-defining album with a new artist.

"All I want to do is sit in the studio with that person for a year and try to create another masterpiece", said Dre.

As for his own material, Dre is confident that Detox will help his legend live on.

"I'm just now, over the last couple of months, starting to feel that it's going to be right and it's something I can be proud of, and everybody is going to love it."

We're sure they will. And with Dre's protégé Eminem also working on a new album, the two pioneers could go head to head in a chart battle - something that would be well worth seeing.