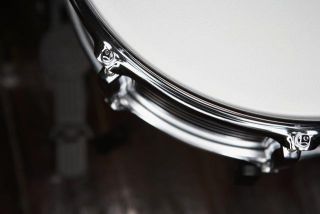 Rhythm is saddened to report that producer and engineer Andy Johns has passed away.

Johns, who was responsible for some of the most iconic drum sounds ever put to tape, was 61 years old.

The Briton worked with the likes of Led Zeppelin, Van Halen and the Rolling Stones.

Back in Rhythm's November 2011, he told us all about his work on Zeppelin's masterpiece album, IV.

On the understanding he built up with John Bonham, Andy told us: "I never had Bonzo turn around to me and say, 'Oh, that's a great drum sound, Andy.' He'd just say, 'There's not enough frudge on the bass drum. That was his word and I knew exactly what he meant by frudge."