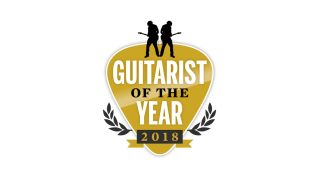 We’re just over two weeks away from a huge weekend of guitar events: World Guitar Day, the UK Guitar Show and the live finals of the Guitarist, Acoustic Guitarist and Young Guitarist of the Year live finals (as part of the UK Guitar Show), where nine finalists will take to the stage to show off their skills before a panel of expert judges.

The finals will take place on Saturday 29 September at Olympia in London. If you’re planning on attending, here’s everything you need to know:

Young Guitarist of the Year - 1-2pm

Finalists Hunter Hallberg, Abigail Zachko and Alex Hooi will battle it out to win the Young Guitarist of the Year title and a beautiful PRS S2 Singlecut Semi-Hollow guitar in Scarlet Red from our sponsors PRS. Judges will include the editors of Guitarist, Total Guitar and Guitar Techniques magazines, as well as Blues maestro Chris Buck.

Acoustic Guitarist of the Year - 2-3pm

In addition to the title, the winner will walk away with a stunning EF340S-TT ‘Thermal Top’, provided by our main sponsor, Takamine.

The Guitarist of the Year judging panel will include former winner Simon McBride.

Finalists in each category will also have the opportunity to win an amazing one-year string endorsement courtesy of Ernie Ball, while runner’s up will walk away with a goodie bag loaded with guitar gear from Ernie Ball and more.

In addition to the Guitarist of the Year finals, the UK Guitar Show will include star performances, masterclasses and loads of amazing gear. Tickets are available here.