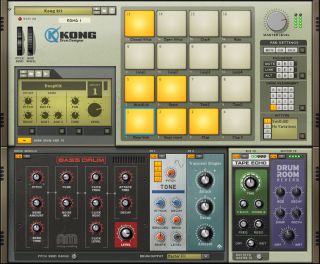 The fifth and final surprise of Propellerhead's series of Reason 5 and Record 1.5 announcements is Kong Drum Designer, an instrument that promises to give Reason 5 users a much greater degree of control over their beats.

If you think you're going to go ape waiting for Reason 5 to launch, remember you can sign up for the beta here.