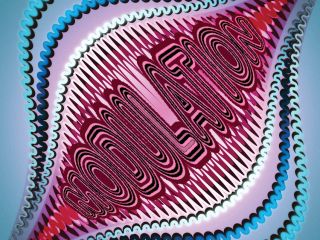 Indeed, a brief look at just about any effect reveals that it applies one or more of these particular processes. What makes an effect stand out is how these processes are modulated. For instance, a delay line can easily become much more than a simple echo if the pitch and time of the echoes are modulated by an LFO. In that event, you can create choruses, flangers and other classic modulation effects. Even a typical algorithmic reverb is created by combining multiple delays, frequencies and level manipulation.

Some effects processors are more commonly associated with modulation than others. The aforementioned chorus is closely related to phasers and flangers, and this is why we've grouped them together under this single subject header. Modulation is obviously used in many other processes such as tremolo and vibrato, but those are simpler and more direct than the Big Three we're looking at. Additionally, there's a lot of confusion about what makes a chorus different from a flanger and a phaser different from a flanger, so these warrant a closer look.

All of these effects are closely associated with the psychedelic music of the '60s, though most of them only came to maturity in the following decade thanks to technological advances that allowed them to be mass-produced in stompboxes and dedicated rack-mounted effects. Initially every one of them was a tape-based mechanical process, and though there will be a few die-hard retro-fetishists who insist that they can only be produced using those means, most musicians and engineers will likely only ever encounter the pre-fab hardware and software versions.

In today's productions these effects tend to feature more subtly - for example, on particular sections of chopped-up beats or basslines - but no matter which approach you take, you'll need to know the difference between the sound of a flanger and that of a phaser when you're mixing your next future classic!

Some of the most unusual modulation effects are those that use one signal (the modulator) to modulate another (the carrier). The most common of these is the ring modulator. This device multiplies the amplitude of the two incoming signals, producing only the sum and difference at the output, not the original signals themselves. A bizarre effect, and good for clangourous tones, it's probably best known as the process used to create the voices of the Daleks in Doctor Who.

Amplitude modulation (AM) does exactly what its name suggests: the amplitude of an audio signal is modulated by another signal. It's similar to ring modulation, but it contains the original carrier signal at the output, as well as new frequencies produced by the modulation. Oddly, it also contains frequencies not found in either the carrier or modulator. Again, this is excellent for clangourous, metallic tones, if you want to retain some semblance of the original sound.

Finally, there's frequency modulation (FM). FM is similar to AM, but the frequency of the carrier is modulated rather than the amplitude, producing a sound that's rich with additional harmonics not found in the initial input signals. Again, we're talking metallic tones as well as wild and woolly atonal effects.

The flanger is one of the simplest modulation effects. It's created by mixing two identical signals together, with one of the signals being delayed by a constantly varying period (typically less than 20ms). The result is a sort of whooshing effect as various peaks and valleys are created in the sonic spectrum. Flanging is also known as comb filtering due to the comb-like appearance of this effect.

The introduction of flanging is generally attributed to Beatles engineer Ken Townsend, who worked with the group at Abbey Road Studios. Originally, the effect was created by playing back two copies of the same material on different decks, and slightly and continuously adjusting the speed of one of the decks (usually by pressing on the reel). Today it is made simply by modulating a delayed signal with an LFO (the rate of which is also modulated) and then mixing the processed signal with the original.

Phasing is closely related to flanging, and in fact the two were initially created the same way: by playing back two copies of the same material on two different tape machines. However, the discrepancies in the two machines' motor speed would result in the two signals constantly shifting in and out of phase when the signals were mixed together.

If you know a little about the physics of sound, you may already know that waveforms have both positive and negative phases. If you copy a signal, reverse the polarity of the copy and then play it back in sync with the original, the two will cancel each other out and you'll get no sound at all. Engineers are constantly battling phase issues, and this is why mixing desks often have phase reversal switches on each channel.

However, if you modulate the playback speed of the copy by a regular period, you'll get phasing as various frequencies cancel each other out. Like flanging, this creates a sweeping effect, but one that is less dramatic than that of the flanger.

As with the flanger, dedicated portable phasers proliferated in the '70s, finding favour with guitarists like Brian May of Queen. These devices usually split the signal and then apply one or more all-pass filters to one copy, resulting in the desired phase discrepancy. The number of filters (or stages) affects the complexity of the signal.

Like flanging, a classic chorus effect is produced by mixing the original signal with one or more pitch-shifted copies of that signal. The copy is modulated by an LFO. The main difference between chorus and flanging effects is the length of the delays between the original and effected signals (choruses have longer delays), the amount of the processed signal fed back into the processor (choruses typically have none), and finally the number of copies produced by the effect (chorus effects may have two or more).

The idea is to simulate the sound of multiple instruments playing the same material, with all of the fluctuations in pitch and timing that we might expect. We don't hear the voices as being out of tune, because the fluctuations are subtle and mixed with the on-pitch original signal.

As you'd expect, the parameters and functionality of all these effects are quite similar. You will probably get a rate control for the LFO, while flangers and phasers may have a feedback control. Modern phasers often provide a selectable number of stages, and choruses may have a stereo spread control. These are over-the-top effects, and it really pays to know how to tweak those knobs.

Four must have modulation plug-ins

Part of the ever-growing Uhbik collection, Uhbik-F and Uhbik-P are the set's flanger and phaser plug-ins respectively. The flanger models both tape-based and stompbox-style flangers and throws in a gorgeous chorus effect for good measure. The phaser is no slouch, either, providing a staggering 14, 28 or (gasp!) 42 stages.

Fazortan combines retro-style modulation effects with modern niceties such as dual LFOs, each with selectable waveforms. You can change the phase of each LFO, which results in a more dramatic stereo image. It's a fully professional design with loads of knobs. It might seem like overkill at first, but the sound is rich and inspiring - well worth the meagre asking price.

Coming from the makers of the intentionally cryptic Olga synthesiser, you'd expect Oligarc to be entirely over-the-top - and it is. Oligarc combines a filter and drive section with a chorus and a phaser and wraps 'em all around a kooky modulation section that converts the incoming audio signal into control signals that can drive the other effects.

Looking very much as if it were inspired by Eventide Clockworks' 1970s effects, this terrific freebie comes in a wide variety of plug-in formats and provides a terrific-sounding chorus with a reserved but flexible smattering of controls. A random mode generates presets if you're not inclined to set them up yourself, and both mono and stereo versions are included.