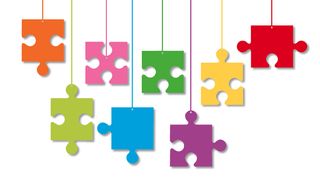 Find out how everything hangs together...

The advent of the VST plugin is arguably the most pivotal, important development in shaping the way we make music on our computers today. When Steinberg made its VST technology freely available to any and all developers in 1997, the doors of creativity were thrown open, and before too long, virtually any studio tool could be had for little or even no money.

More importantly, VST plugins could be used in any DAW that supported them, meaning that you didn't need to own a Steinberg product to take advantage of all of the new toys that soon flooded the marketplace.

The VST format reigns supreme to this day, but it isn't the only format available. There are AU, AAX and RTAS to name but a few, though we'll focus on VST and AU in this article since they're by far the most popular standards.

In addition, some plugins are written for 32-bit systems, while others are coded for 64-bit systems… And some for both! Your own operating system and host program (by which we mean your DAW) will determine which format you'll want to use - we'll come back to the specifics a little later, but see the handy table below for a guide to which DAWs run on PC and Mac, whether they support AU/VST2/ VST3, and whether they have a 'bit bridge' for running 32-bit plugins in their 64-bit version.

Most plugins are available as downloads, and this is now the delivery system of choice. Some developers provide programs that facilitate downloading, authorising and managing their plugins. Lots of plugins are delivered using installer packages with file extensions like PKG or EXE (Mac and Windows respectively). Mac users will be familiar with the DMG file that is mounted and opened like a disk with the installer or plugin contained within.

Many plugins will require unlock codes, serial numbers, authorisation codes or license files, and the product's documentation should be referred to for instructions on how to use these. Be sure to keep any codes and the like backed up in a secure location so that you can access them again in case you need to reinstall.

Let's take a look at those formats again in a little more detail. VST (effect) and VSTi (instrument) plugins are the most common, being used on Mac, Windows and even Linux machines. These are good if you need compatibility with a machine running a different OS. VST plugins are sometimes delivered in their raw DLL (Windows) or VST (Mac) format, to be copied to your plugins folder manually.

The VST format has recently been brought up to version 3, though many developers still support the older VST 2.xx format. VST3 plugins are always 64-bit-compatible, offer sidechaining options and dynamically assignable outputs. However, they dispense with the popular preset/patch and bank storage format (.fxp and .fxb, respectively), which can make transferring patches between plugins and projects trickier.

64-bit systems they can access more RAM than 32-bit ones and thereby allow more plugins, samples, and so on, to be loaded up at any given time. However, many plugins are still 32-bit only - especially on Windows. Often this isn't an issue, as most - if not all - modern DAWs offer both 32-bit and 64-bit versions that can exist side-by-side on the same computer. You can't run a 64-bit plugin in a 32-bit host; the reverse is also usually true, but many 64-bit DAWs have a built-in 'bridge' that can make 32-bit plugs available. If your DAW doesn't, you'll need a third-party bridge or wrapper.

Beyond compatibility, is there a difference between formats? A little, yeah. For instance, Audio Units cannot send MIDI out, meaning some plugins won't function without some workaround. In such a case, you'll be better off using a VST version, if your host supports both.

Avid's AAX format is found in only one DAW: Avid Pro Tools, and it's an improvement and replacement for the older RTAS (native Pro Tools) and TDM (hardware PT) formats.

Finally, Reason has its own plugin format too, Rack Extensions, which work a lot like Reason's built-in plugins, so they're dead easy to figure out.

For a complete guide to installing, managing, troubleshooting and using your plugins, check out Computer Music issue 217, which is on sale now.