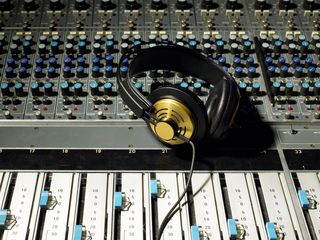 These days, it's not always easy to define what a remix actually is. (Image credit: Image Source/Corbis)

Remixes have been around ever since the dawn of recorded music. Early producers and engineers stripped down multitrack recordings, either to transform them from one genre to another, or to rescue a well-written but not so well-produced track from the bin.

These days, the definition of a remix has loosened somewhat as technology has raced towards the powerhouses that are our modern DAWs. Technically, a remix could be as small a change as a new mono or surround sound-compatible version of an originally-stereo recording, or as wild as a scarcely recognisable new track with a few subtle elements derived from the original.

Whatever kind of remix you plan to produce, the following 18 tips will help you to do it better. For a complete guide to the art if remixing, check out the Autumn issue of Computer Music (CM157), which is on sale now.

If some ideas from the original song aren't working, try leaving those bits out. You'll have to make a real effort to decide which parts you can truly afford to lose, but if you've chosen the right genre for your remix, you should be confident that the main elements of the original will work in your new style. Typically, a modern dance remix of a heavily vocal-lead track will discard most of the vocals, only keeping a key phrase or chorus.

It's not the right time

Sometimes you might want your resulting remix to work in a genre that dictates a whole different time signature. If, for example, you were to try to force a waltz-like 3/4 ballad into a trance track, you'd be in trouble. Rather than forcefully superimposing one time signature onto another, try keeping the approximate melody and changing a few notes to adapt it to the new time.

Although you've got to remain faithful to the genre you're remixing into, you can use breakdowns as an excuse to make more liberal statements. These are also useful places to respect the original content. For example, an electro house track needs its drop, but there's nothing to stop you from breaking down to a completely different tempo in order to wedge in a sample of a metal or hip-hop record (or whatever you happen to be remixing).

Statistically speaking, dance remixes tend to be a lot faster than the original tracks. If you're working with a particularly slow song, remixing into a super-fast genre or both, try running the sample at half-speed, relative to the genre you're doing. For example, it might be easier to use a 110bpm hip-hop sample in a 200bpm breakcore remix by first slowing down the hip-hop sample to 100bpm.

Is your sample in concert pitch? If you've ever struggled to find the right tuning of a sample - ie, you're never able to find the same key with your sequencer - you might have a recording that's not in concert pitch. Essentially, this means that the pitch is offset by less than a semitone and thus will always sound detuned against in-tune instruments. The solution is to fine-tune it using cents. Make sure you tune all samples so that they're in concert pitch before you start your remix.

If you're having trouble with a loosely timed sample, try cutting it up into sections first. Once you have the sample in manageable chunks, you can experiment with a range of different methods to tighten the timing up. For example, timestretching can sometimes be appropriate, but other times it just won't sound right. You might find certain phrases can be cut into sections that can be sequenced into time, or that brushing up just a few dodgy edits with timestretching does the trick.

Be careful not to lose the charms of the original mix. It's easy to get excited about a remix or become fascinated by a particular aspect of the original track - just don't get completely fixated with the most obvious elements. Often it's the very fine subtleties of the mix that make a song work in a certain way. Spend some time getting intimate with the original version and all of its parts, and pay close attention to how they work together to make a remix that's really special.

Try to put a part of yourself into the mix. Sometimes you know whose remix you're listening to from the moment it starts, because it's inherited some of the remixer's personality. Merge your signature sound with that of the original track, bringing your ideas and vibes together into a unique musical cocktail. Just don't go too far!

Bang up to date

If you're using a lot of old-fashioned sounds, it's easy to end up with a mix that sounds dated. If this is a problem that plagues your remix, make it a high priority to spend time experimenting with modern production techniques - particularly when it comes to processing audio. Also, make use of the audio restoration tools at your disposal. These days it's totally possible to transform a scratchy old sample into something new and vibrant.

Can't find that critical sound? If you haven't been supplied with a part that you feel is necessary to retain some of the original vibe, you have nothing to lose by setting out to create something similar. It might seem to compromise the integrity of the remix, but you've got to be realistic about your circumstances and do the best you can. Who knows - you might end up with something that works better than the original sound would have.

Rejuvenate the original track's musical ideas by extending or hyping up the existing parts. Play with faster rhythms and new variations on the main theme. An unexpected element can really help your mix to stand out. Reinvent parts that didn't formerly sound exciting enough in your new genre. Push every idea as far as you can take it and see where you end up. On a practical note, when working at a faster tempo, it might be necessary to extend a loop to prevent grating.

When you're stuck, look to the original track for inspiration. You should always consider abusing the original elements! Try completely changing the context of a part. Why not make a string motif your new bassline, or the original bassline your new synth riff? There are no limits to the potential of any idea if you let your imagination run wild. Something that might have seemed useless on first glance could turn out to be your saviour when you need a quick idea later on in the mix.

If you're forced to cut a sample short and it sounds abrupt, extend it artificially with the crafty use of a little reverb and/or delay. In some cases, a 100% wet version of the end of the sound can be crossfaded with the abrupt tail of the original sound to create a seamless extension. At other times, a gentle, tempo-synced delay will do the job.

If you find there's a bad sound you can't get rid of in a sample that you need to use, try masking it with new sounds. Drown out unwanted ambience with a huge wash of reverb on another part. Strategically place clicky, percussive parts to distract the ear from annoying crackling in a loop lifted from vinyl. While it might be difficult to eliminate a particular sound from the mix, it can take little effort to hide it behind something else.

Play to the strengths and weaknesses of the original track. Ask yourself what you can fix that was lacking in the first version. What can you improve? Does it sport an extremely funky bass riff? Find ways to go even funkier. Do the drums lack power? Work out a way that you can create powerful drums that do the job. It's good to be ultra critical of the original version when deciding how to approach your remix.

Keep it simple. Simplicity is pure, bold and memorable. Don't overcomplicate your remix with too much random stuff going on. It's OK to intricately work in a lot of elements, as long as you keep in mind how they all work together. That takes skill and a lot of patience, but it's definitely better than confusing the listener or distracting them with inappropriate things going on all over the mix.

Be creative. A remix doesn't have to mimic its original in every way. If you happen to have an idea that's not particularly relevant to the original but that you love, why not just go for it? Sometimes you have to ask yourself where your values lie, though - do you specifically want to produce a good rework of that particular track, or are you using the remix as an excuse to use those parts in your usual quest for the perfect production?

Look out for free plug-ins and keep them all in a folder where they're easy to access. They need not be the most commonly used effects, nor of the highest sonic calibre, but when it comes to processing sounds beyond recognition, sometimes quantity saves the day where quality falls short. You never know - you might be surprised at how high-quality some of them really are.

Liked this? Now read: How to make it as a remixer