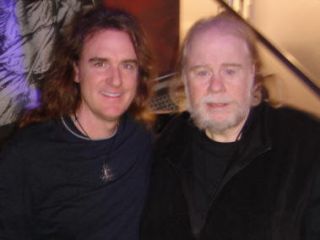 One of the big names of the US guitar world, Ed Roman, has passed away, according to a posting on his company website, www.edroman.com.

The luthier and retailer built a reputation as a larger than life figure in the music industry, initially as go-to man for professional studio gear and later for the one-stop rock 'n' roll shop he ran, which stocked everything from rare guitars, to pyrotechnics and stage props.

Originally a musician and motorcycle mechanic, Roman got his start in the guitar world in 1975, when he lent a friend who owned a guitar shop $15,000 and received a large stock of Fenders and Gibsons in exchange. His friend couldn't pay him back, so Roman started selling the instruments off by mail order.

In the years that followed Roman built a mini-empire for himself; launching his own guitar brands, a short-lived live sound company and, in later years, capitalising on his reputation for stocking rarities via his highly successful website www.edroman.com.

The site itself is still a treasure trove of rare items, rants about the guitar world and photos and testimonies from Roman's numerous famous friends, including ex-Kiss guitarist Ace Frehley, Ted Nugent and Leslie West.

A notoriously colourful character, Roman's other claims to fame include that he invented streaking in the winter of 1967 and that he holds the record for longest motorbike ever registered in Connecticut.

It's not yet known how the guitar dealer died, but the following message appeared on his website yesterday. Read the full statement below.

"It is with great sadness that we announce the passing of Ed Roman.

Ed Roman was a big personality. We understand that many people have questions regarding the circumstances surrounding his passing. His death however is still very recent, and is a heartbreaking shock to the family. We ask that you please be respectful of the sensitive nature involved with losing a loved one, and the mourning process that follows.

We will remember him fondly and are keeping his legacy alive. We are conducting business as usual and all orders in process are on schedule, so keep the orders coming, and they will be addressed with the same quality, care and pride you have come to expect from all of us at Ed Roman.

A more formal announcement from Lindsey Star Roman will be forthcoming. Thank you very much for your consideration."