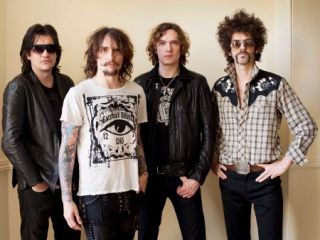 The recently reformed Darkness have played the first in a series of warm-up shows ahead of this year's Download festival.

New songs aside, the set drew heavily on their first (and most successful) album 'Permission To Land', including The Darkness' best-known singles 'Growing On Me', 'Get Your Hands Off Of My Woman' and 'Love Is Only A Feeling'. View the full setlist below.

The Darkness at The Waterfront, Norwich (5 June 2011) setlist