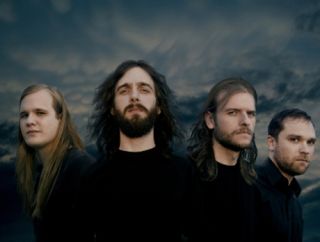 US doom rockers The Sword have recruited a new drummer. The band have announced that Kevin Fender will replace the outgoing Trivett Wingo behind the kit.

Fender, former sticksman with Employer, Employee, joins up with the band a month after Wingo revealed that he was quitting.

A statement from The Sword said: "We are pleased to announce the Warp Riders 2010 U.S. Tour Mk. II, beginning in Baton Rouge, Louisiana on November 27! These performances will feature the formidable skills of notorious intergalactic bounty drummer, Kevin Fender."

Last month, the band shelved all tour dates due to Wingo's departure.