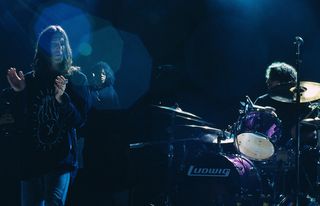 With their new album Croweology hitting the shelves last week and an indefinite hiatus on the horizon, there's one question European Black Crowes fans want answering, will they get the chance to see Steve Gorman and co before they head back off into the sunset?

We caught up with the Crowes drummer to ask him exactly that, and we're afraid it isn't good news.

He said: "The simple fact is if we could pull off a full European tour we'd do it in a second. It comes down to that we're not seeing offers that we'd accept. We're not able to make it work where we wouldn't end up paying to go. If I'm going to pay to go to Europe I'll take my kids and go ride on trains and go to museums."

Gorman was also mindful that the band's performances away from the States have been sporadic over the last decade.

The drummer added: "We haven't done a proper European tour since 2001 and we're very aware that we have a lot of die-hard fans in Europe, but we certainly can't get promoters to believe that there's enough to make it worth our while. We would certainly be happy to do it to break even, but that just isn't an option."

The news was slightly better on the future of the Crowes, with Gorman refusing to rule out a return in the future.

"We're taking a long break. We're very happy with the band and it feels great on stage, it's as good as it's ever been. But one thing we've learnt is that when you begin to feel a little bit tried, you're a lot more tired than you realise.

"We imploded in 2001. We didn't see it coming. We toured for months and months and then at the end thought, 'I don't ever want to see these people again', that's how we all felt. We're very aware of that."