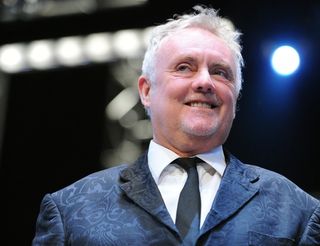 Roger Taylor has paid tribute to Gary Moore, saying that the blues guitar hero's music will "live on".

Roger told Classic Rock: "It was my wife who told me the news. It's terrible: 58 is just too early. In Phil [Lynott]'s case it was tragic, and in Gary's case there should have been a lot more years.

"I have great memories of Gary on tour in Thin Lizzy with Queen: always smiling, very cheerful and… too young to die. He'd recently joined Lizzy and he fitted in great: a blindingly fast player, and his thing was these staccato runs, with a bit of jazz in there. Totally different to Brian [May], who's a very fluid player, but musicians usually 'get' other rated musicians, and Brian very much enjoyed his playing.

"Over the years, I'd see Gary out in the clubs: a great guy on the scene. He liked to drink, as I remember, but everybody did in those days. It's very sad. But I think his music will live on. Virtuosity is something we really don't have now: there are lots of great bands, but the emphasis just isn't on that anymore. In those days, it was all about how great you were; there were so many virtuosos and he was definitely one of them. He was a star player."

Moore died at the weekend of a suspected heart attack aged 58.