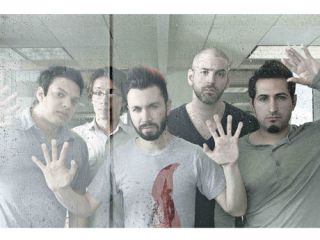 Periphery drummer Matt Halpern is being forced to sit out the band's European tour after suffering shoulder injury.

The drummer dislocated his shoulder after suffering what the band has described as an "unfortunate accident."

In a statement the band added: "[Matt will] be OK, but he won't be able to play for part of our current European tour. Luckily, our good drummer friends, Mike Malyan of Monuments and Boris Le Gal of Chimp Spanner will be stepping up to fill Matt's shoes for this run."