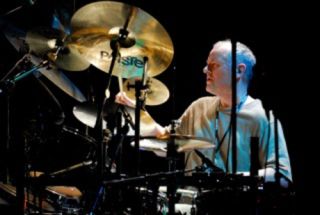 Pick up the brand new issue of Rhythm (on sale 10 May) and you'll find Jon Hiseman talking all about his illustrious career behind the kit. Jon has chronicled his extensive experiences with the likes of Colosseum, Tempest and many more in his memoir Playing The Band.

Here we present an exclusive excerpt from the book - which was written by Martyn Hanson and edited by Colin Richardson - the first of five coming this week.


EARLY DAYS AS A 'SEMI-PRO' MUSICIAN

Playing, as he was, with several different bands, meant a hectic schedule of one-off gigs. Jon remembers one manic weekend: "I left work at 5pm Friday and went to Brixton Town Hall to rehearse with singer Danny Williams, of Moon River fame, for a midnight cabaret. I then drove off to a dance gig, getting back in the nick of time to play Danny's show. When that finished, I went to the Flamingo and played from 1am till 5am with the Wes Minster Five…finally getting to bed an hour or so later. Up again at 9am, I drove to central London to do a session for a demo of My Boy Lollipop with 'pop' artiste Millie—then it was off to a rehearsal at the Green Man, Blackheath. After a hasty tea at home, it was off to a gig at an American Air Force base, arriving back at 4am on Sunday morning...then up again at 8am for another recording session at Island Studios and back for a lunchtime rehearsal at the Green Man with the Ian Bird Sextet. I managed to snatch an hour break, before driving to a gig in Tonbridge that evening, where I arrived minus my cymbals. I didn't make it in to work on Monday morning!"

Jon was also doing occasional stints with Richard Rodney Bennett and Jean Hart at Peter Cook's Establishment Club, as well as several 'depping' gigs on the London jazz scene. This manic schedule would continue until mid 1966, though not often at the level of the weekend described.

With such a heavy workload, it was no surprise that he was getting noticed by other musicians, one of whom was Graham Bond. One Sunday, around lunchtime, drawn by the sound of a big band, he had wandered into the 100 Club in Oxford Street and seen Jon play at a New Jazz Orchestra rehearsal. He mentioned to Dick Heckstall-Smith that, if ever the drum chair became vacant in his band, Jon would be ideal. Well, it seemed that the time had now arrived. Ginger Baker was leaving to form the 'supergroup' Cream, with Jack Bruce and Eric Clapton, but when Bond finally offered Jon the gig, it created a dilemma for him — he would finally have to confront the idea of becoming a professional musician. It was decision time!