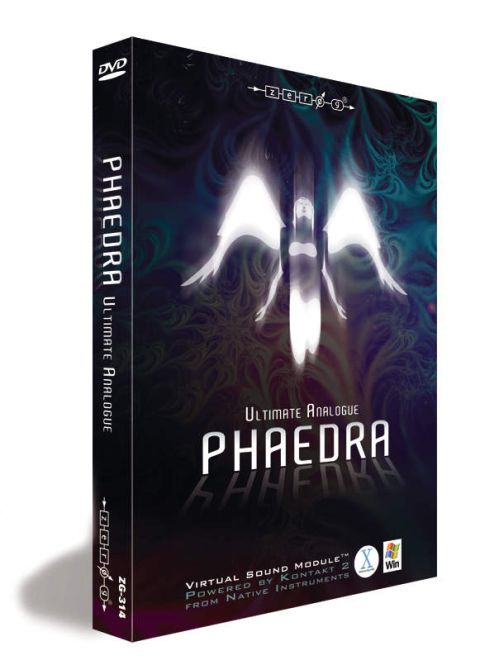 Not bad if you can't get enough synth presets.

According to the marketing blurb, it stands up as a synthesizer in its own right, but that's stretching the truth.

While it's certainly possible to tweak the supplied patches to some degree thanks to the custom controls, which allow access to the LFO, envelope and ilter settings, Phaedra is no replacement for a decent synth.

Considered purely as a ROMpler, Phaedra fares better - but not that much better. A large number of the available patches are lacklustre and uninspiring, and while there's plenty of good stuff here (some of the DnB patches in particular are very impressive), the inconsistent quality level is frustrating.

Overall, Phaedra is a fair buy if you simply can't get enough synth patches, and fans of the old school of synthesis may well ind solace in the genuine analogue lavour that's present throughout.

However, judged against virtual synths in a similar price bracket - such as Nexus, Massive and Sylenth1 - it fails to impress, and is naturally less lexible.