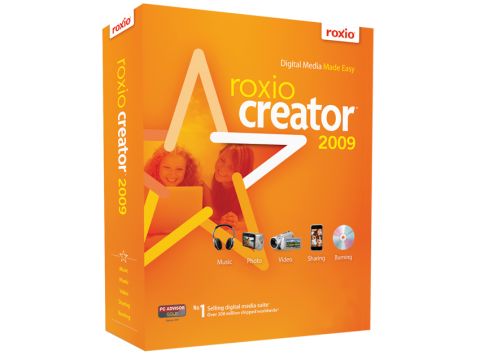 Creator 2009 is the latest in Roxio's long-running series of disc-burning software packages that was once known as Easy CD Creator. However, these days, burning CDs is the least of its abilities.

Video capture and editing, CD ripping, photo management, data backup, conversion to portable formats - Creator does it all with a simple interface consisting of big buttons and lists of tasks that can be performed.

The main hub interface invariably loads one of Roxio's dedicated programs, so all these tasks are essentially performed by different bits of software, enabling the user to perform multiple tasks at once. Helpful wizards are on hand to assist with the majority of jobs.

The only thing we found slightly disappointing was the auto beat-matching feature, which can be used to automatically create seamless mix CDs. This actually speeds up or slows down the tracks gradually (complete with nausea-inducing changes in pitch) rather than sticking with one tempo, and as such is best suited to mixing music that's already within quite a narrow tempo range.