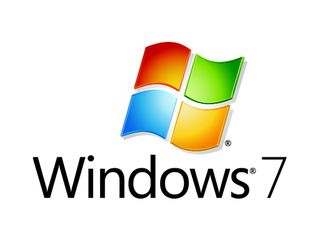 Windows 7: you're going to be seeing this logo a lot over the next couple of years.

After months of waiting, from today, PC owners can finally get their hands on Windows 7 - the latest version of Microsoft's ubiquitous operating system.

For musicians, though, many of whom had their fingers burned by the shaky launch of Vista, the big question is whether upgrading to it is going to open the door to a pointless world of pain.

Although we'd never recommend installing a new OS on its first day of release - particularly if you rely on your music PC for your livelihood - there is at least plenty of evidence to suggest that the transition to Windows 7 will be easier than the one from XP to Vista.

When it comes to music-making, Cakewalk's Noel Borthwick is an acknowledged Windows expert, and his view is that: "Windows 7 finally appears to have addressed many of the problems of its predecessor and is more CPU efficient. We think that many users will ultimately switch to Windows 7 for its greater efficiency with multiprocessing.

"As long as you ensure that all the software and plug-ins you rely on are also compatible [the upgrade] should be trouble free."

That said, as well as considering whether it's 'safe' to change your OS, you also need to ask yourself whether you really need to. Windows 7 does bring with it a variety of benefits - improved performance on machines with multi-core processors (and on lower-powered computers and laptops, for that matter), better support for integrated audio devices, wider multimedia file format support and various other features - but at this stage, it's by no means a necessity.

Given the size of the installed user base, it seems likely that even Windows XP will be supported by music software and hardware manufacturers for a couple more years.

MusicRadar's advice, then, is to hold fire - at least until compatibility reports from software developers and other musicians start to surface online.

For a more detailed discussion of the ins and outs of upgrading your operating system, check out the November issue of Computer Music (CM145), which goes on sale on Monday 26 October.