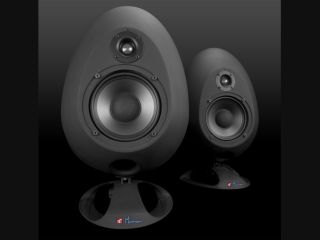 PRESS RELEASE: Sonic Distribution, the UK distributor for sE Electronics, sE Rupert Neve, sE Munro, Rupert Neve Designs, Waves, Apogee and Ghost Acoustics has just announced that it has a bag full of swag to give away at Producer Sessions Live next weekend.

If you are attending and would like a chance to win sE Electronics, Apogee, Waves, iLok and Ghost Acoustics gear, visit the recently launched sE Electronics Facebook page and give your answer to the following question: what are you are most looking forward to at Producer Sessions Live 2011? For example, the D.Ramirez session. Winners will be drawn throughout the weekend.

Breaking sE Electronics News: Mr Andy Munro who has designed studios for some of the biggest names in music, film and broadcasting (U2, Massive Attack, BBC) will be attending Producer Sessions Live on the Saturday afternoon and will be hosting a FREE session explaining the science behind the soon-to-be-launched sE Munro Egg Monitors. Just why are they egg shaped? Find out at Producer Sessions Live.