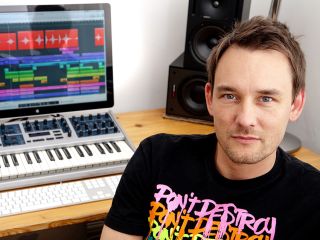 Ahead of the release of his debut solo album early next year, he talks to us about producing his recent single A Little Louder, cutting up samples in Logic and his plans for the future. Listen to his latest release - Don't Cry - below.