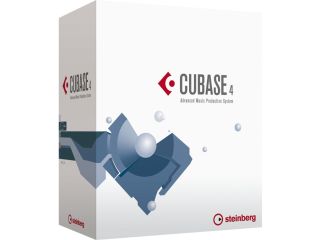 Cubase 4 is now cheaper, but still not as cheap as Logic.

Steinberg has announced that it's dropping the price of its Cubase 4 DAW from €879 to €599, making the software considerably more affordable. The company's WaveLab 6 audio editor has also had its price cut: this now retails for €599 rather than €649.

These price drops will come as no great surprise to many people - when Apple launched its mega-value Logic Studio bundle in 2007, it immediately made Steinberg's software look like a very expensive solution for Mac users. And on the PC side, Cakewalk has been undercutting the German company for years with its Sonar software.

Whether Steinberg's move will impact on the price of other DAWs remains to be seen. At €799 for the boxed version, Ableton Suite now starts to look rather expensive, though this is a bundle that comes with a lot of content.

The only people who are likely to be annoyed by the price cuts are those who recently bought Cubase 4 at its previous price, but Steinberg is compensating them to an extent by offering rebates of up to 50% on the next chargeable update.

Full details of the new pricing structure are available on the Steinberg website.