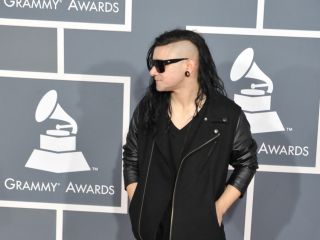 Skrillex seems to divide opinion among electronic music makers (and listeners, for that matter), but with three Grammy Awards now in his pocket, someone must think that he's doing something right.

The 24-year producer's single Scary Monsters and Nice Sprites won Best Dance Recording, while the EP of the same name was named Best Electronic/Dance Album. His remix of Benny Benassi's Cinema, meanwhile was acclaimed as the Best Remixed Recording.

Skrillex lost out in two other categories: Best New Artist and best Short Form Music Video, which were won by Bon Iver and Adele's Rolling In The Deep respectively.