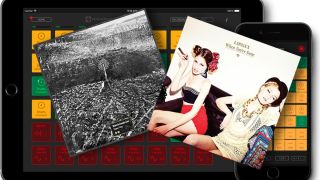 Novation has launched two new sound packs for its iOS version of Launchpad, inviting users to remix tunes from Machinedrum and Lapalux.

The announcement is the first of a series to be released in conjunction with Ninja Tune and there look to be more artist packs from other labels on the horizon.

The two new tracks available are Gunshotta by Machinedrum (Ninja Tune), taken from his 2013 release Vapour City, and Moments by Lapalux (Brainfeeder), which featured on the album 'When You're Gone', released in 2012.

Novation Launchpad iOS is free and the sound packs are available as in-app purchases for £1.49/$1.99 on the App store now.