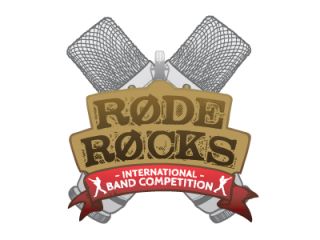 PRESS RELEASE: RØDE Microphones is very excited to announce today's launch of 'RØDE Rocks' - an international band competition designed to locate and showcase the best in independent, unsigned talent around the world and reward them with an all expenses paid recording session in Hollywood with renowned producer Alain Johannes, as well as studio prize packs consisting of microphones and speakers.

To enter 'RØDE Rocks', artists need to record an original composition of more than two minutes in length and then create an accompanying video that features at least one RØDE microphone. After uploading the video to YouTube the artist simply needs to visit www.roderocks.com and submit their details along with a link to the video. At the end of June 2012 a panel of guest judges including Matt Sorum (Guns n' Roses, Velvet Revolver, The Cult), David Catching (Queens of the Stone Age, Eagles of Death Metal), Howlin' Pelle Almqvist (The Hives), James Lavelle (UNKLE, MoWax), Band of Horses, Gareth Liddiard (The Drones), Har Mar Superstar, Deuce and Warpaint will reduce the number of entrants to ten fi nalists, and those videos will be showcased on the RØDE website for a two week period in which all visitors will be invited to vote for their favourite performance.

Second and third prize winners will each receive a studio prize pack consisting of a number of studio and live performance microphones and studio monitors from Event, totalling over US$15,000 in value.

"A quick tour of the most popular independent YouTube artists will show that RØDE is already the microphone of choice for showcasing these incredible talents" commented Damien Wilson, RØDE's Global Sales & Marketing Director. "We're very excited about the 'RØDE ROCKS' competition being the connector between these great independent talents and some of the music industry's fi nest artists, producers and engineers, as well as offering the winner a once-in-a-lifetime, money-can't-buy recording experience!"

RØDE Rocks judge and rock n' roll icon David Catching was blown away at the scale of the prizes. "You better have immense talent to win this chance of working with Alain, John, Francis and RØDE at Record Plant, because you'll be involved with the best of the best and coolest of the cool! This combination of bad assery is a dream come true!" he exclaimed.

"I wish I wasn't a judge, cause I'd give my right arm to be recording with these awesome men, on these amazing mics at this legendary studio! Give it your best, because that's what you'll get in return!"