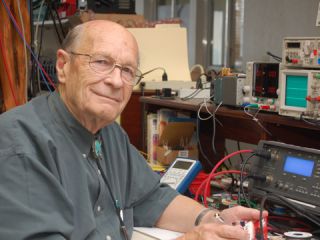 "By announcing the release of two virtual pendants of the renowned Portico signal processors, the alliance between Yamaha, Rupert Neve Designs and Steinberg is coming to fruition. I'm elated to count these two highly sophisticated effect plug-ins to our product range, as both meet Steinberg's exacting standards," comments Andreas Stelling, Steinberg's managing director.

Particularly known for designing all-analog signal processing equipment, Rupert Neve has been looking for the right technology to port his legendary designs to the digital domain. With Yamaha's Virtual Circuitry Modeling (VCM) technology, this coveted intention was able to be realized, evolving to an alliance between Yamaha, Rupert Neve Designs and Steinberg. The very first plug-ins incorporating VCM technology emulating analog Portico hardware are now the RND Portico 5033 equalizer and RND Portico 5043 compressor.

"With the Yamaha VCM technology, we're able to pick up the amazing quality of musicality and accuracy that was inherent in the original Rupert Neve Designs Portico modules," states Rupert Neve.

The RND Portico 5033 five-band equalizer comes with three bands of fully parametric filters, each with dedicated gain, center-frequency, and Q controls as well as one band each of high and low-shelving filters. A global bypass switch and trim control are also available.