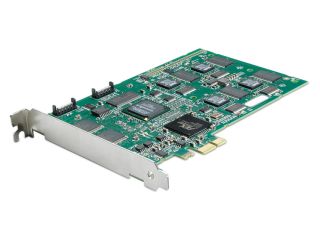 Duende PCIe installs inside your computer.

We´ve had the standard version, we´ve had the Mini version, and now Solid State Logic has introduced the Duende PCIe. Like the other members of the Duende family, this is a DSP-powered plug-in system; the difference is that the new model installs inside your Mac or PC (so laptop users need not apply) rather than connecting to it over FireWire.

As its name suggests, the new Duende is built around a PCIe card. This offers exactly the same amount of processing power as the original model (now known as Duende Classic, incidentally) so gives you 32 channels of processing to play with.

Should you want more channels than this, you can install a second Duende PCIe to add a further 32. You can also run the card in partnership with a Mini or Classic.

Duende PCIe ships with the EQ and Dynamics Channel and Bus Compressor plug-ins. Trial versions of some of the other Duende plug-ins are also included. To run these, you´ll need a VST or Audio Units host.

Priced at £705, Duende PCIe will ship in April. Check out the specs of the hardware and plug-ins at the SSL website.