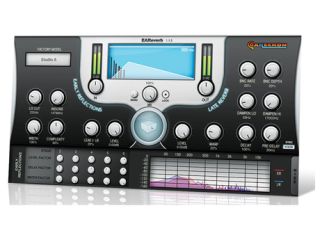 Philippe Decuyper is the founder of eaReckon, the company behind plug-ins EAReverb and, more recently, the Analog87 Series. Computer Music spoke to him recently to find out about his background in music software programming.

Tell us about your background in music and programming.

"I've been playing music ever since I was given a plastic saxophone at the age of six. My parents were so delighted by the sound of this instrument that they bought me a recorder and enrolled me into a local music school.

"My recorder and, later, my guitar and first keyboard were never enough, so I began to build instruments from almost everything I could find in the house. As soon as the first computer arrived, I did my best to figure out how it could be used to create music...

"Finally, I studied computer science at university, did some mastering in a small studio, etc, but always kept building and programming noisy things while dreaming about instruments I could not afford. Later I joined the Toontrack beta team and became one of their consultants. They gave me the confidence I needed to create my company."

What's your advice for someone who wants to make plug-ins?

"Maybe you can start by analysing your needs as a musician - there is a good chance that what you need can be useful to others. Then you can use tools such as SynthMaker to experiment with ideas. These tools are fantastic because you can instantly hear the result of a modification. As soon as your first prototype is ready, go to www.teragonaudio.com - it provides excellent resources to get started with plug-in development."

There are loads of reverb plug-ins out there already. What's special about yours, eaReverb?

"I wanted a flexible (algorithmic) and smooth reverb that sounds very natural in order to simulate real acoustic environments; something that does not change wood into metal, whatever the applied settings.

"One of the biggest challenges was to avoid any metallic artifacts in the late reflections. The whole thing's taken a lot of fine-tuning to get to the point of being satisfied with the results.

"Finally, optimising the code without any compromise on these results has been a difficult task. The first prototype was a real CPU-killer!"

"Electronic drums have evolved a lot since the first Simmons kits, and they're now considered good enough to be widely used in small gigs and recording sessions. However, drums are complex instruments and it can be disappointing to switch from acoustic to electric (the opposite is also true).

"Now we have amazingly realistic sample libraries at our disposal and pads that feel more and more like the real thing. Finally, electronic drums can also be used to trigger electronic sounds - in this context, all kinds of crazy things may appear in the future."

What's coming next from eaReckon?

"I'm working on a new effect plug-in and hope to reveal it before the end of 2012. The primary goal was to build something that can create rhythms from anything, but it has the potential to be used in various applications. I'm very excited about it - the current prototype is lots of fun."