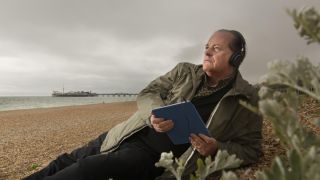 We've officially just had the hottest day ever (probably), which means that you might be thinking about heading to the beach. And if you do decide to be beside the seaside, make sure you take your field recorder or smartphone with you, as you could use it to take part in a new project that aims to create a 'coastal soundmap' of the UK.

What's more, electronic music titan Martyn Ware has confirmed that he'll be making a piece of music using sounds submitted to the project. This will be released in February 2016.

The Human League and Heaven 17 founding member said: "I've had a deep connection with the coast all of my life. As a kid growing up in Sheffield we'd go on family holidays to Scarborough or Skegness; I can still remember the sounds that filled our days at the seaside.

"There is something emotionally deep about our connection with the coast which has shaped our identity. That is what is so exciting about this new commission and I want to capture the sensory nature of the coastline, reflecting the diversity and beauty of the sounds of our shores."

The project runs until 21 September, so you've got plenty of time to make your recording - whether that be of waves breaking on rocks or a child having a tantrum as a parent attempts to apply suncream - and upload it. Sounds can be of up to five minutes in length and be accompanied by words and images.

Find out more about Sounds of our Shores on the National Trust website.