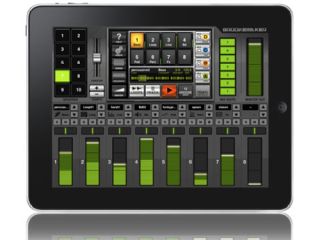 GrooveMaker on the iPad

PRESS RELEASE: IK Multimedia is pleased to announce that its GrooveMaker range of remixing apps is now available for the iPad.

Released for the iPhone and iPod touch in August 2009, GrooveMaker has become one of the most popular mobile loop remixing apps. The GrooveMaker Free version has consistently been in the top 100 music apps with over 600,000 downloads, and the entire GrooveMaker family features 11 style-based apps for the most popular genres of music.

GrooveMaker for the new iPad offers the same smart features and streamlined workflow as the iPhone/iPod version for making music with loops, but also takes advantage of the new larger multi-touch surface to provide enhanced operation with an integrated, advanced controller.

Users will find a convenient mixer-like environment with large slider controls for volume, pan and master volume of the 8 controllable loop tracks, plus instant access to tempo, solo and mute functions all on the same screen.

Also, GrooveMaker for iPad adds even more control when working with loops, providing a new level of creative flexibility. Users can now switch "snapped" grooves with a single touch, plus control the number of loops that are automatically combined during a random mix. GrooveMaker iPad is the perfect addition to a DJ set, providing unlimited creative flexibility in live remixing and DJ applications.