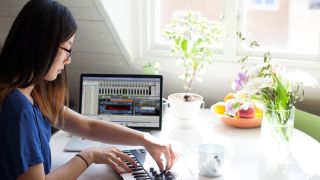 In deciding when to release new versions of their software, developers have to take into account all manner of disparate considerations, including balancing necessary bugfixes and feature improvement against cost and inconvenience to the user, and an endless array of possible host computer configurations. Here, five of the best tell us how they approach this potentially thorny subject.

"While as an average user I am often hesitant to update software, as a developer, I always want to make sure our users have access to the most options. If we find a serious bug, we're inclined to make a fix available to our user base as soon as possible. We have a very long major version cycle (two to three years), so we can spend a lot of time on the smaller details, and users don't feel like they're pushed to upgrade."

"Software updates are needed to fix bugs that might occur in a combination of platform, DAW and some hardware configurations. After the first release and beta testing, we still find certain customers with issues; we try to recreate the errors at our end, and try to fix them and release updates. It's most important to make sure the customers have a working product."

"Essentially, I see two types of update: new feature updates and bug fix updates. Bug fix updates should always be released ASAP; new feature updates should come regularly but not so often that it creates an overhead that could interfere with the user's creative flow - because that's what it's all about! As always, it's about a good balance. Currently, MuTools are working on the new main version of MuLab and MUX Modular 7.0."

"I understand the adage, 'if it's not broke…'; however, I'd love it if everyone was running the latest OS, DAW and plugins. As a developer, I'm still working on making everything compatible with Windows XP, OS X 10.6, and Pro Tools 10. It takes a lot of extra work. It also means I can't move to the latest compilers and programming language versions without significant headaches, although I can't blame anyone for not wanting to mess with a stable setup. I try to pack a lot of new features in each plugin release, or at least squash major bugs. I know it's cumbersome to update plugins, so I make it worth the effort."

"It's hard to give an exact answer. One of the advantages of being a small plugin company is the fact that it's easier to listen to suggestions and feature requests. For me, this is one of the main reasons (other than bug fixing, of course) to update a product. This leads to at least one or two updates during the first two months after the release. Listening to the users is what makes my current and future products better than I could have designed in the first place."