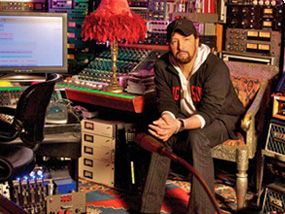 Acquiring a sizeable collection of plug-ins is easy, but making them sound good is rather more difficult. This fact is being acknowledged by Waves, which has released its latest collection of pro-designed presets.

The new batch comes from Jack Joseph Puig, a producer/mixing engineer who´s worked with the likes of Green Day, U2, Sheryl Crow, the Rolling Stones and John Mayer. The presets are for Jack´s favourite Waves tools, and registered users can download them for free from the Waves website.

This set joins those that were released in January 2008 to celebrate Waves´ 15th anniversary. These were created by the likes of Steve Lillywhite, Mike Hedges and Thom Russo and, once again, are available for download for registered Waves users.

Users of Waves GTR3 should also be aware that a collection of Mogwai presets for said system is now on offer too.

Presets such as these are valuable for a couple of reasons. On the one hand, they give users great sounds straight away, but there´s also the educational aspect to consider - by studying the settings, you can understand more about what makes the plug-ins tick.

So if you´re a Waves user, go fetch.