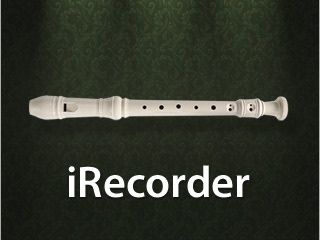 iRecorder is a new app for the iPhone/iPod touch. However, rather than being a program that lets you record audio, it's actually a playable recorder instrument.

Maplewood Associates, its creator, says that this is "the first 100% true-to-life" virtual instrument for the iPhone. It certainly looks like a recorder, and because you have to blow into your handset to use it, it plays like one, too.

Presumably, you have to 'finger' the notes as you would on a real recorder by covering up the relevant virtual holes.

The developer reckons that iRecorder is also a learning device, and it may well be right. However, it has to be said that a real recorder costs next to nothing - if you want to start playing the instrument, you might as well go with one of these.

Still, iRecorder is free, so all you've got to lose is the time it'll take you to download and install it.