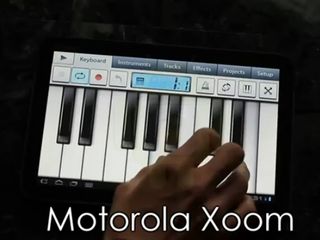 And here it is: FL Studio Mobile running on an Android device.

We've known for a while that Image-Line has been working on an Android version of its FL Studio mobile app, but only now can we see proof that, in some respects at least, it actually works.

The video above shows FL Studio Mobile running on two Android devices - Samsung's Galaxy S II and Motorola's Xoom - and indicates that Image-Line might be making some progress on the low-latency audio engine that it continues to work on.

No word yet on a release date, but given the paucity of decent Android music-making software, it's fair to say that a lot of people will be keeping an eye on this one. Stay updated on Image-Line's FL Studio for Android page.