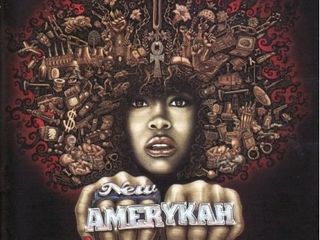 When most women go into labour, logging onto a micro-blogging site probably isn't the first thing on their mind. But then most women aren't Erykah Badu.

Last weekend, the singer and her rapper partner Jay Electronica elected to document the arrival of their first child (Badu's third) on Twitter, posting regular updates throughout the labour and birth.

Writing under her Fatbellybella pseudonym, Badu kicked things off with a casual "Morning, I'm in labour", while Electronica wrote "Everybody stand back. No hospitals. No doctors. No medicine. We're waiting for the midwife to show."

As labour progressed, Badu updated her followers on the time between her contractions, before signing off and leaving Electronica to do the Twittering during the final stages.

"I can see the head, full of hair", he noted, before confirming the birth and revealing it to be "the happiest day of my life."