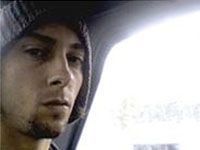 MusicRadar wrote earlier this week that the identity of dubstep star Burial might not be a secret for too much longer, and now the man himself has got the jump on those wishing to expose him by telling everyone who he is on his MySpace page.

Writing on his blog, the reclusive producer has revealed that, as many suspected, his real name is Will Bevan. He's also posted a picture of himself, which suggests that it was indeed his face that provided the inspiration for the 'drawn man' on the cover of his acclaimed Untrue album.

"For a while there's been some talk about who I am, but it's not a big deal," he says. "I wanted to be unknown because I just want it to be all about the tunes.

"Over the last year the unknown thing become an issue so I'm not into it any more. I'm a low-key person and I just want to make some tunes, nothing else. My name's Will Bevan, I'm from South London, I'm keeping my head down and just going to finish my next album, there's going to be a 12" maybe in the next few weeks too with 4 tunes. Hope u like it, I'll try put a tune up later."

Burial/Bevan ends by apologising for "any rubbish tunes I made in the past," and promising to make up for it.

So that puts that little to rest and means that, should he win it, Burial will be free to accept the Nationwide Mercury Prize in September.