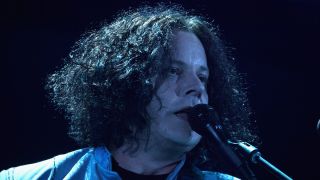 Making your mixes translate to multiple playback systems can be tricky, but it’s an essential part of the engineering process. It’s all very well for your tune to sound great in your studio, but if it doesn’t work when it’s played out in the real world, then it doesn’t really work at all.

This is why artists and producers often play their embryonic mixes through their car stereos, making notes on what needs to change and taking them back to the studio. However, Jack White has gone one stop further than this and developed a system that enables him to listen to a track in a car and make adjustments to the mix in realtime.

This has come to light thanks to an Instagram video by The Raconteurs, whose album White is currently working on. In it, White explains how he sets up an FM transmitter in the studio, which then broadcasts the track (in this case, Shine The Light One Me) on an unused frequency that the car parked outside can tune in to. He and the band can then listen in the car as the mix is played, advising on changes that need to be made over a walkie talkie.

Jack White shows us a technique he developed for doing master mixes. The Raconteurs are mixing their new album with Vance Powell at Sputnik Sound. One of their new songs “Shine The Light On Me" is broadcast with an FM transmitter from inside the studio. Outside in the car park, the band listens to the broadcast on an unused FM frequency. ( the broadcaster only sends a small powered signal about a distance of a hundred feet or so ) The band uses a walkie talkie to give notes on the mix to the engineer ( Vance ) back in the control room. This way the artist can mix in real time, and hear exactly what the song sounds like on the radio as well, this time through the amazing sound system of a Tesla Model S. This speeds up the process of mixing greatly and reduces the amount of remixes that occur after artists feel they’ve “got it” in the studio, only to listen in the car on the ride home realizing that the kick drum is too loud! . . . #brendanbenson #jacklawrence #jackwhite #patrickkeeler #theraconteurs #newalbum #mixing @vancalot The Raconteurs

As The Raconteurs’ post says: “This speeds up the process of mixing greatly and reduces the amount [sic] of remixes that occur after artists feel they’ve “got it” in the studio, only to listen in the car on the ride home realizing that the kick drum is too loud!”

All of which is rather ingenious, you might think, though the technique isn’t actually new. David S. Gold, who founded LA’s legendary Gold Star Studios in the 1950s, also used a transmitter that enabled him to broadcast mixes from the studio to a nearby car, though this was AM rather than FM.

What’s more, modern technology means that there are much easier ways to road-test your mixes. Audified’s MixChecker Pro plugin, for example, enables you to emulate all kinds of speaker and headphone systems from the comfort of your DAW.