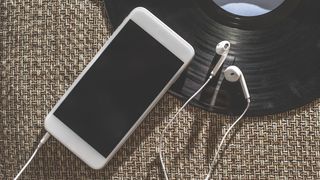 We’re used to seeing physical media formats dying a death, but it might surprise you to learn that MP3, the compressed audio format that brought about a revolution in the music industry, could also be on the way out.

Fraunhofer Institute, which helped to develop the MP3, has announced that it’s ending its licensing program for certain MP3-related patents, accepting that, while the format is still in widespread use, there are now better options available.

“Although there are more efficient audio codecs with advanced features available today, MP3 is still very popular amongst consumers,” the Institute said in a statement. “However, most state-of-the-art media services such as streaming or TV and radio broadcasting use modern ISO-MPEG codecs such as the AAC family or in the future MPEG-H. Those can deliver more features and a higher audio quality at much lower bitrates compared to MP3.”

Although you’ll still be able to listen to and create MP3 files for the foreseeable future, this announcement is being interpreted by many commentators as the beginning of the end of the format. There’s always the possibility of a vinyl-style hipster-led revival in a decade or so, but we’d say it’s unlikely.