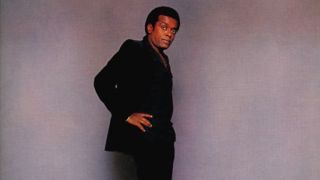 Legendary soul songwriter, artist and producer Leon Ware has died at the age of 77.

Perhaps best known for producing and co-writing Marvin Gaye’s 1976 album, I Want You, Ware began his career as a Motown songwriter. He worked with the likes of The Isley Brothers, Michael Jackson and Quincy Jones, and also made his mark on the neo-soul scene by co-writing Maxwell’s hit Sumthin’ Sumthin, taken from his 1996 debut album Maxwell’s Urban Hang Suite.

Known for his smooth R&B style, Ware released a string of solo records, too, his final major label album being 2008’s Moon Ride.

Ware had recently celebrated his 77th birthday. His death was confirmed by his manager.

"rest in heavenly peace mr. leon ware you will be missed.." #sumthinmellosmoothe pic.twitter.com/MO4zTfM9M7February 24, 2017