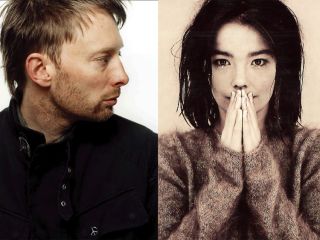 Thom Yorke has recorded backing vocals for Björk's upcoming single Náttúra, in order to raise awareness of pollution in Iceland. For fans of experimental pop, the combination of Björk and Yorke is heavenly. For everyone else, it's refreshing to see 'Iceland' not sharing a sentence with 'international credit crisis.'

Iceland's environmental concerns are obviously something Björk takes personally, having recently teamed up with Sigur Ros at the awareness-raising event of the same name: Náttúra Festival.

It's not the first time the Radiohead mainman has recorded with Björk either, in 2000 Thom lent vocals to I've Seen It All from Björk's Selmasongs LP.