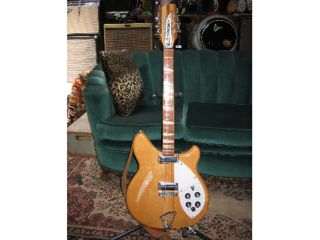 Five vintage guitars belonging to Tom Petty And The Heartbreakers that were stolen earlier this week are set to be returned to the band, according to police in Culver City, California.

Local Police Chief Don Pedersen told press that the instruments were recovered and a 51 year-old man arrested - now identified as Daryl Emmette Washington - who worked as a security guard at Culver Studios, where the guitars were taken.

The total value of the guitars recovered is thought to exceed $100,000 (approx. £62,590) and included a selection of Rickenbacker, Duesenberg, Gibson, Epiphone and Fender guitars. See our Tom Petty stolen guitars gallery to view lo-res shots all of the instruments.

The theft was announced last Friday (13 April) via www.tompetty.com and the band had initially offered a no-questions-asked reward of $7,500 to anyone with information that would lead to the recovery of the guitars. It's not yet clear whether that reward has been claimed or not.